Vancouver is the 3rd of the largest city in Canada, where is always on the list to the Global Liveability Ranking, is also very famous to the city for tourism, working holiday and studying abroad for Japanese people.

However, in fact, there aren’t so many information enough to know because of the language difference and distance, such as over 7000km away from Japan. Also, there’s some concern about a little low authenticity for any of the information which isn’t sure because there are lots of information only the small, local community knows.

The trigger of deciding to create this web service is increasing the possibility of finding out lots of local information more to everyone else who wanna coming to / living in Vancouver, Canada for a long time, by improving the authenticity and integrating local updates.

5 categories for the people who speaks specific languages

The target for this website is the people who want to come/who is living in Canada (particularly Vancouver for the first step) to study abroad or to be a Permanent Resident. As you know, thanks to that the immigration policies of the Canadian government are very open to accepting young immigrant with some immigrant programs and working holidays, every international people are getting more interested in to come to Canada.

Therefore, we made a hypothesis such as that most of the users of MyLocal would be under 29 years old. We dug out many keywords which are connecting to the excitement and concern, based on the recognition of “We also the target’s generation”.

Based on the themes, we roughly put some information together which wants to introduce on the website from the 2 points of view of “Points to seek differentiation” and “Information which we genuinely want”. Then, eventually also from some of the monetizing point of view, we decided to focus on 5 of main categories “School”, “lesson/workshop”, “Eat”, “Video”, and “Weekend”. 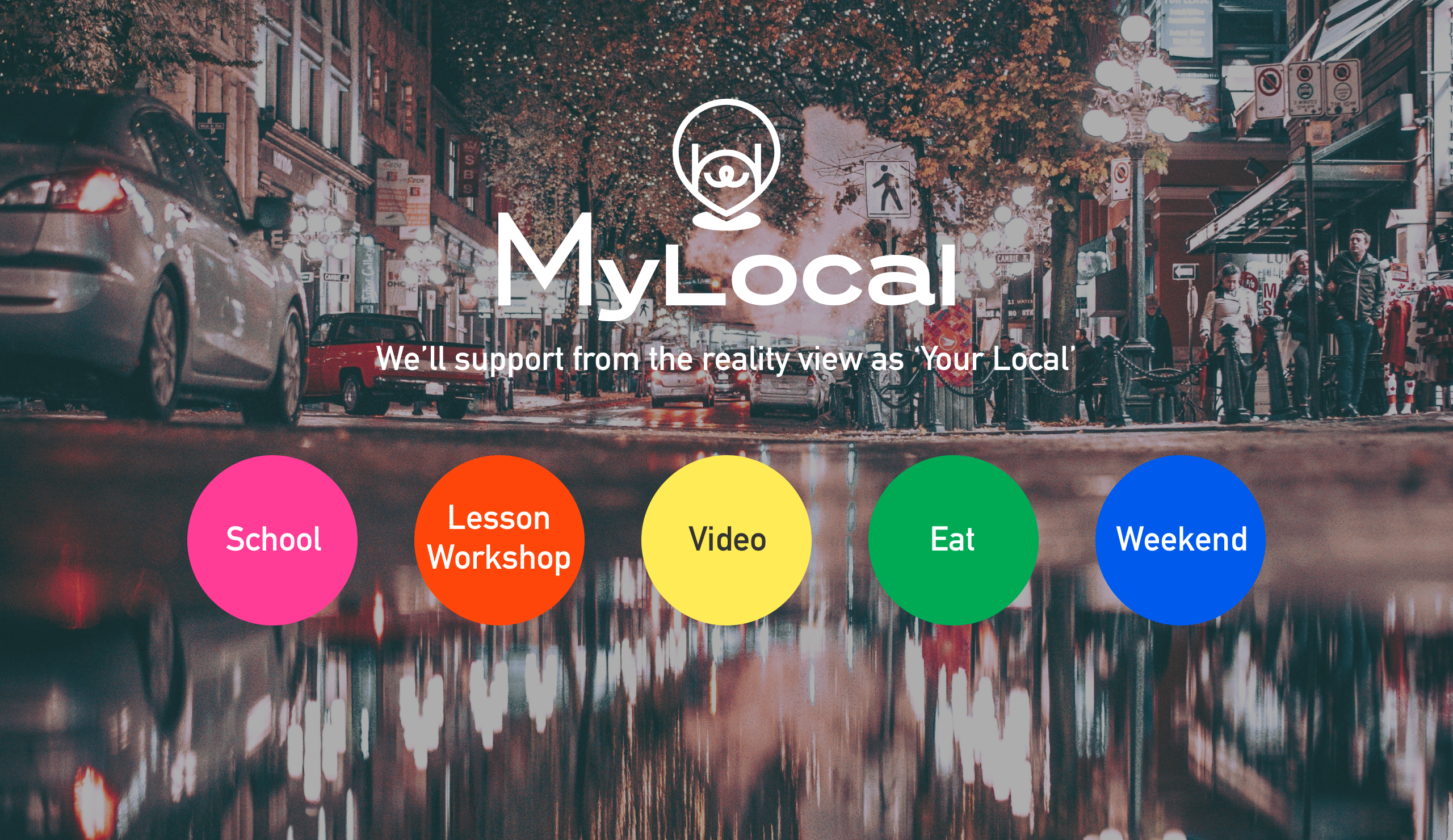 Searching any information cross-functionally from Articles and Spot information.

In this service, not only just offering local information as content, especially about the category”Lesson/workshop”, “Eat”, “Weekend” related with amusement and leisure are able to search further information of every spot by keyword. this is the most important point for differentiation.

So that for the purpose to show each of spot information expressly, you can see the information by list and by map view at the same time on your desktop websites.

Also, by offering articles related to each spot which contains spot name or spot category, you can dig out more about every spot which we introduce.

The Origins of Icon, Colors, and Name of “MyLocal”

Name and icon of this service are coming from the golden retriever dog who is in the school where we, our team members used to belong to. Dogs could be giving familiarity for us, but also sometimes they could be like a very powerful soldier to guard against something from us as a partner.

I created a logo which is containing the images of map pins to mean “To know my local” and “Mylo” as a small soldier like them. 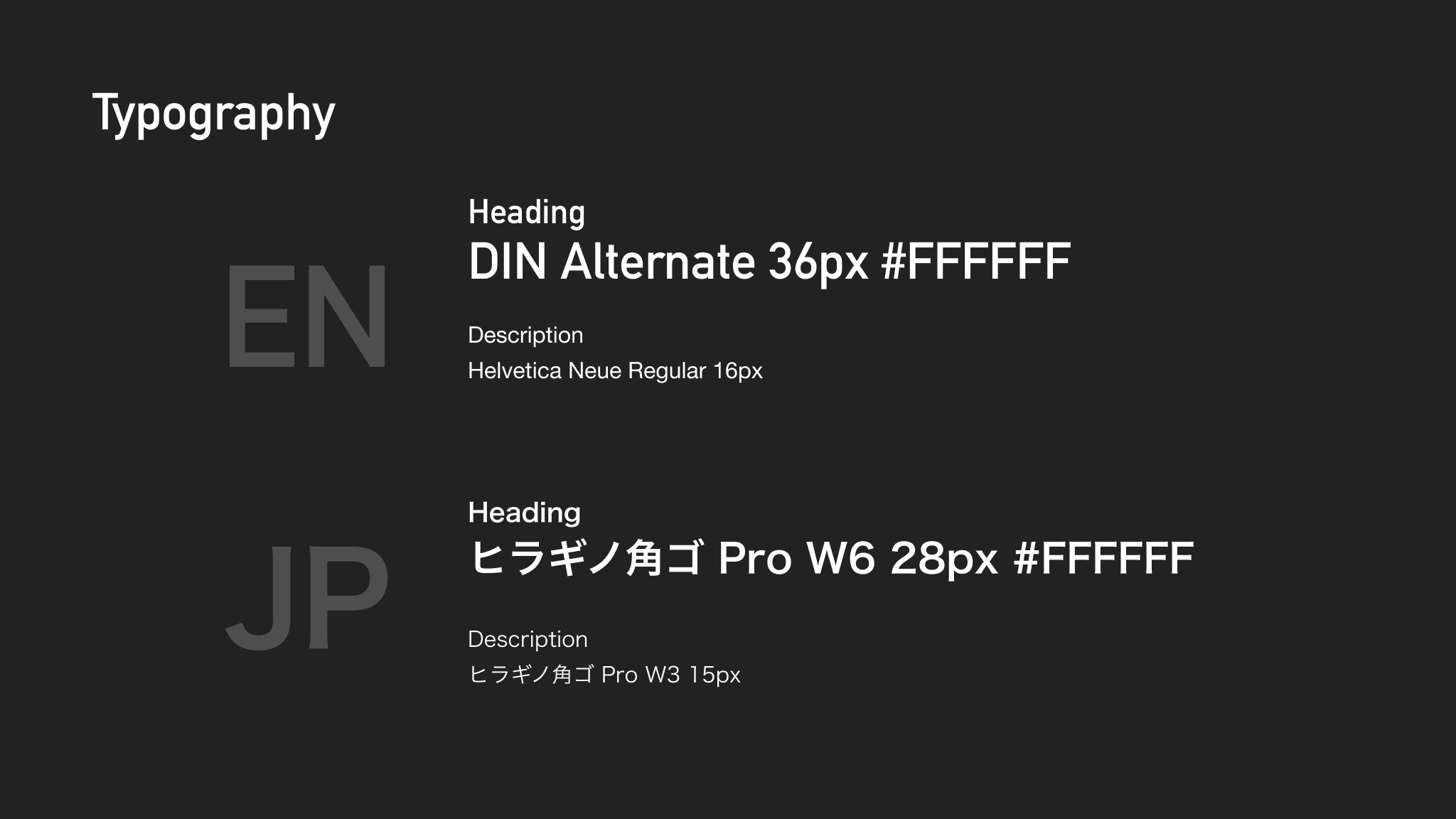 Colors used in this website has a purpose to tell where you are watching by the category colors, to be more easy and understandable. Also, this is considered about huge diversity and freedom of choice and intention in Canada by choosing different kinds of color like a rainbow from the color wheel. 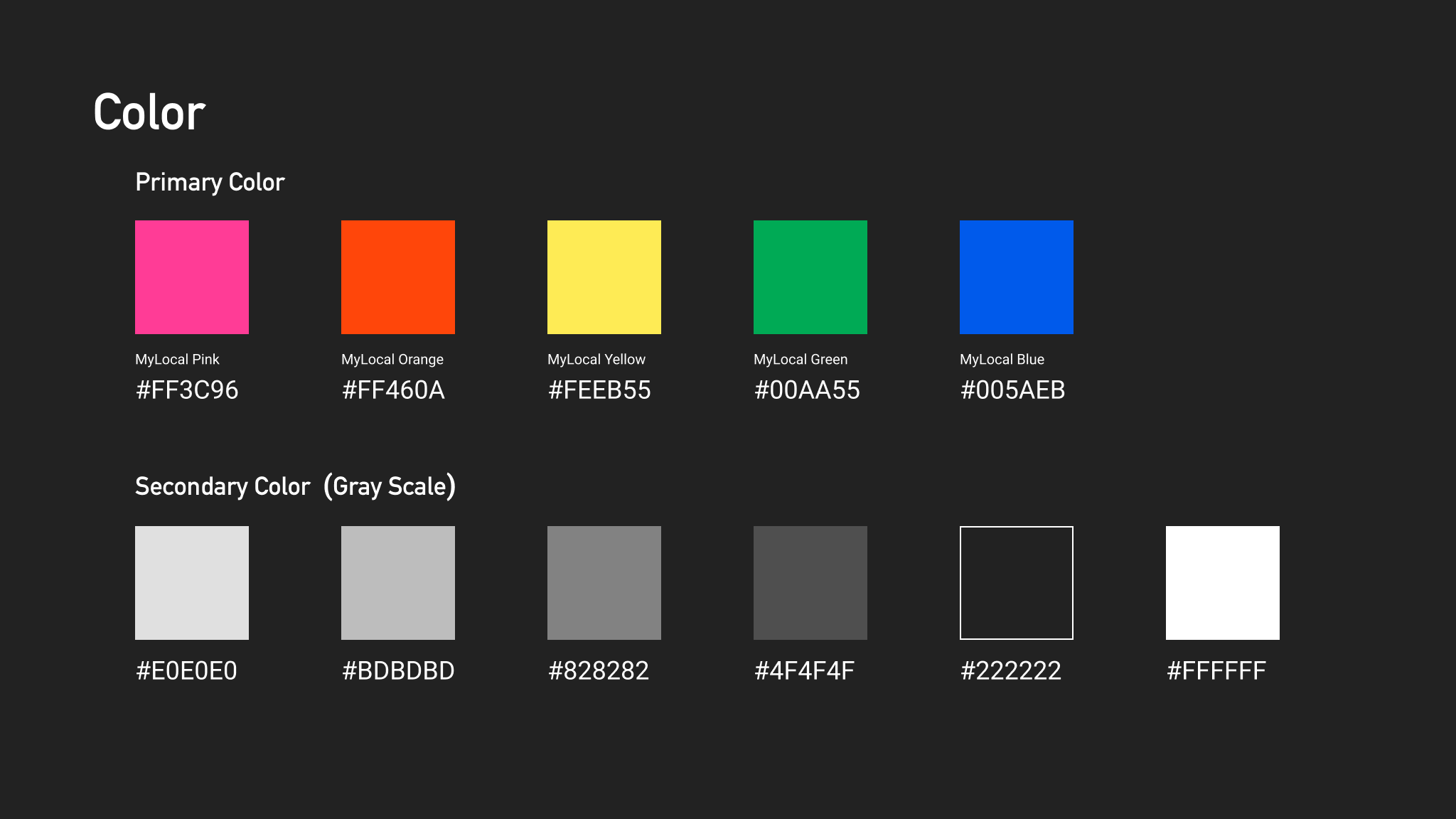 Choosing tools to more comfortable for design and developing environment

I created entire designs with Figma in this time. For every team member who is very difficult to have time to meet face to face (because some people are also working in the other full-time job), Figma was a strong fit with our work environment to be flexible with sharing files with some comments across the OS application between Windows and Mac.

Some of the features of Figma, especially creating components, creating theme color and creating the style for entire designs are a very strong point to expand possibility to develop with React.js or Sass if our service would plan to expand. 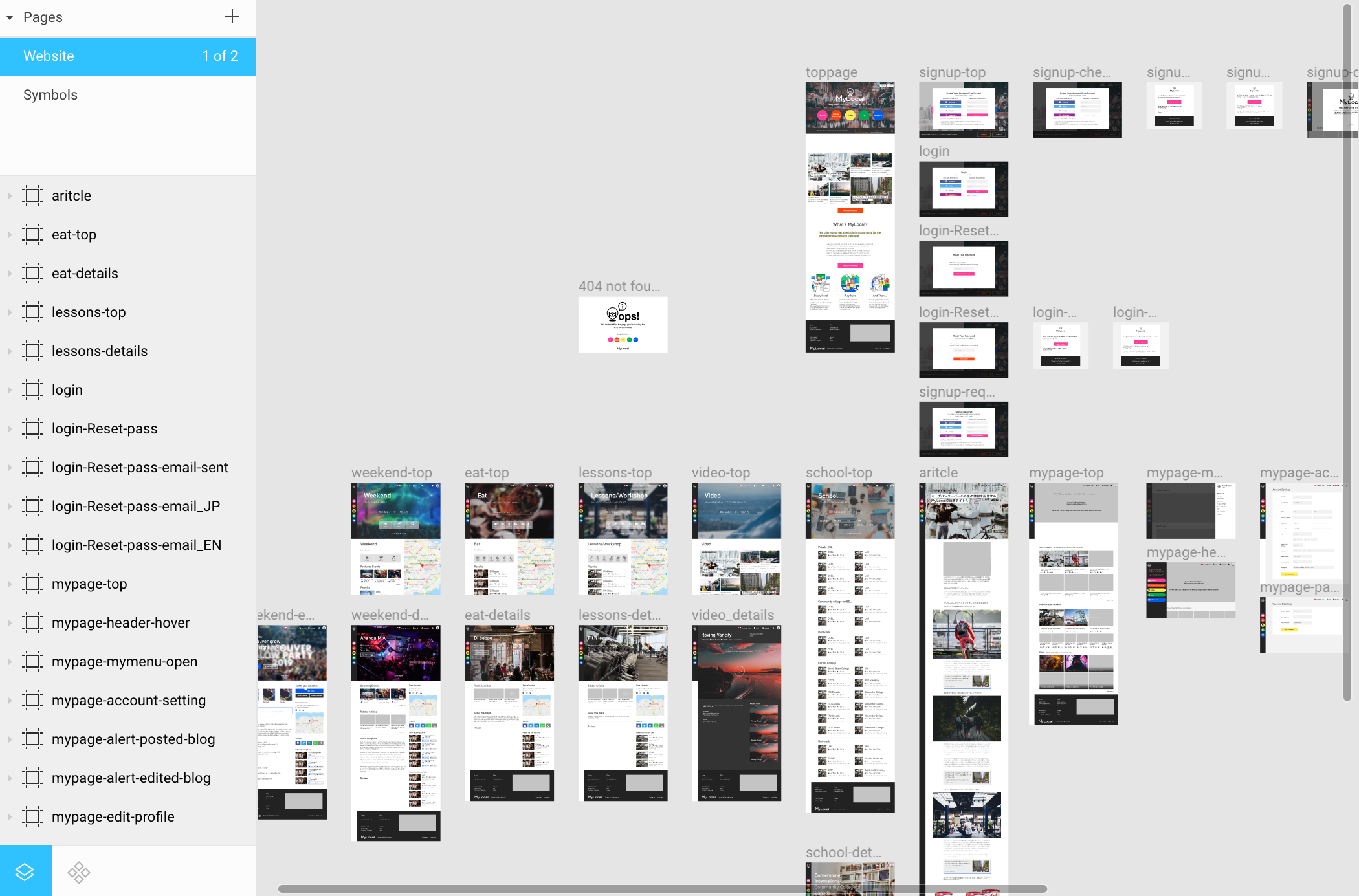 This team is composed of Japanese and Brazilian to communicating with English to build the actual company in Vancouver with this web services. It was very meaningful to jump into the new opportunity to communicate in our second language to collaborate with each other. Thanks to this, I could consider the difference between Japanese(Asian) and North or South American people, in both physical way and cultural way.

*This service will plan to provide some more languages such as like Portugues, Espanol, Traditional Chinese, and Simplified Chinese. 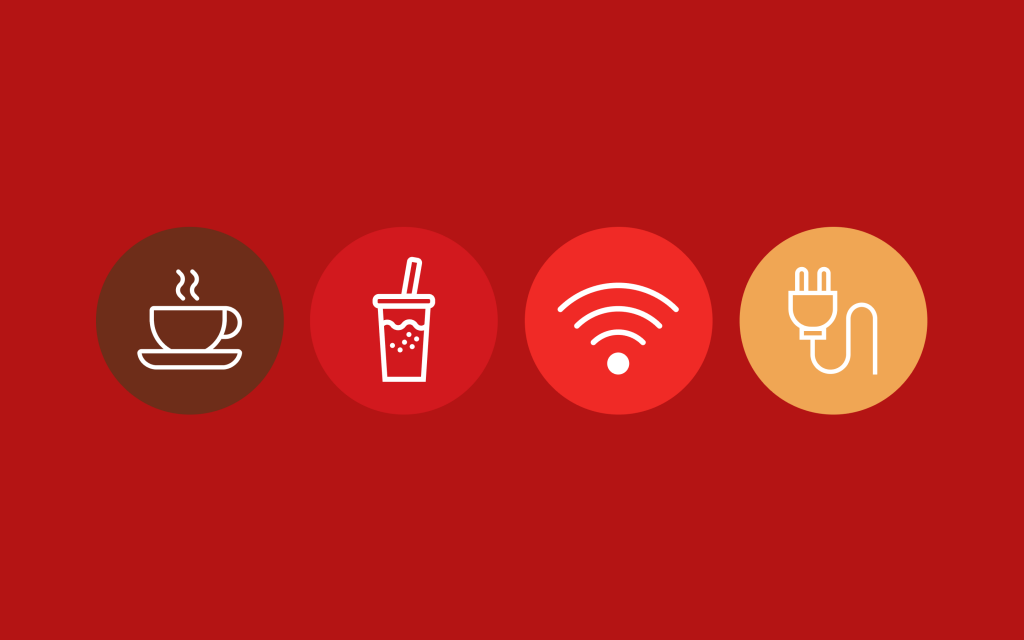 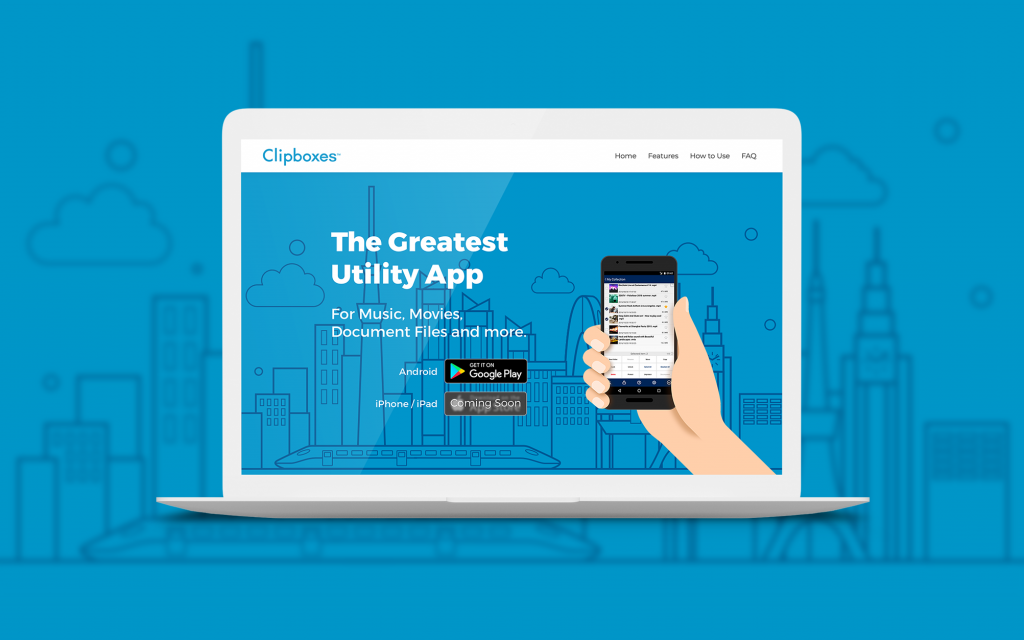